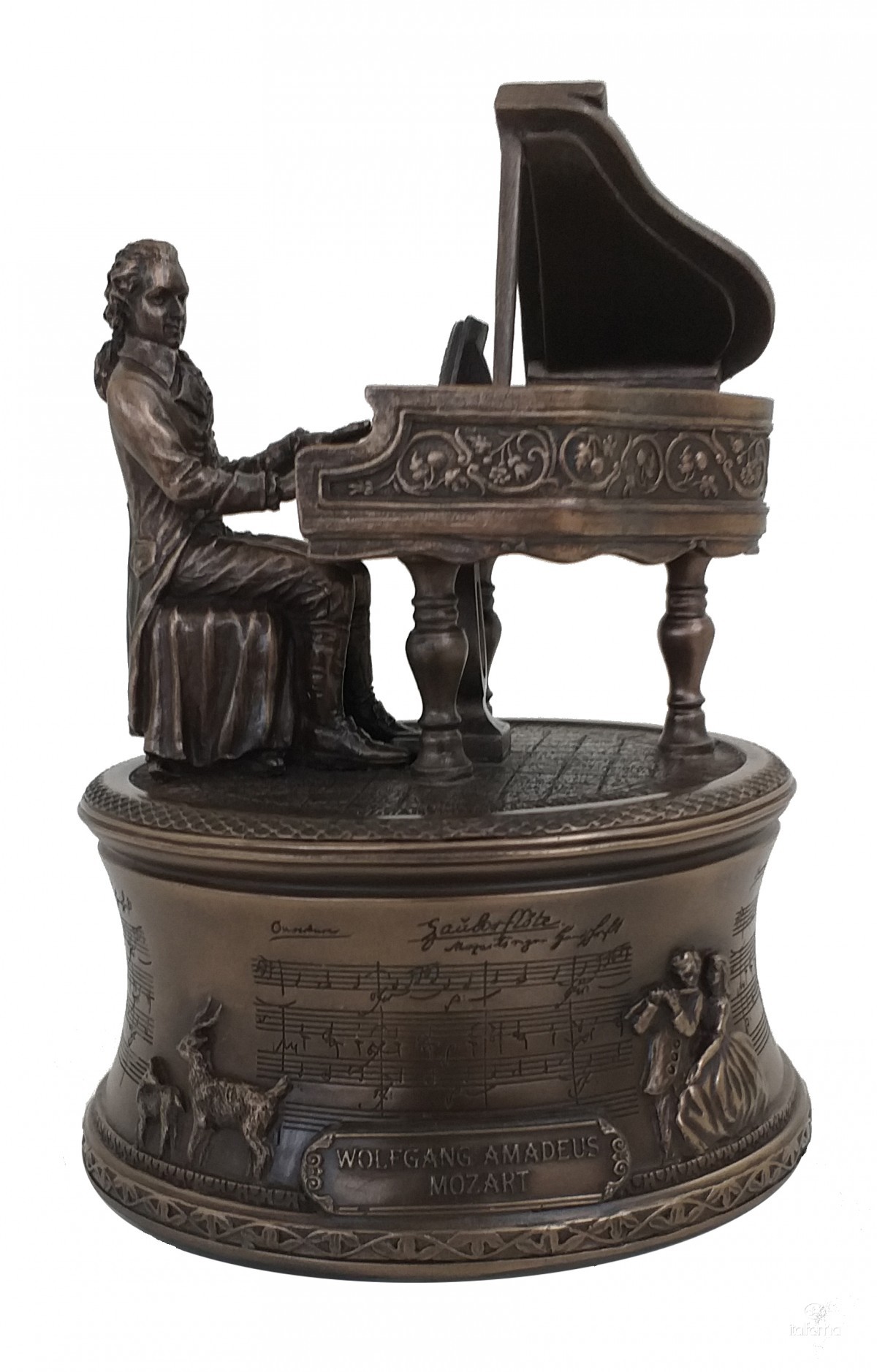 Bronzed Resin Statue finished by hand in each particular detail. “The Magic Flute” is a musical opera in two acts written by Wolfgang Amadeus Mozart. In this opera, The Queen of the Night persuades Prince Tamino to save her daughter Pamina from the high priest Sarastro, but at the end the Prince became a follower himself of the high priest and decide to join his doctrine alongside Pamina. The composition was premiered on September 30th 1791 at the Freihaus-Theater auf der Wieden in Wien, Austria.