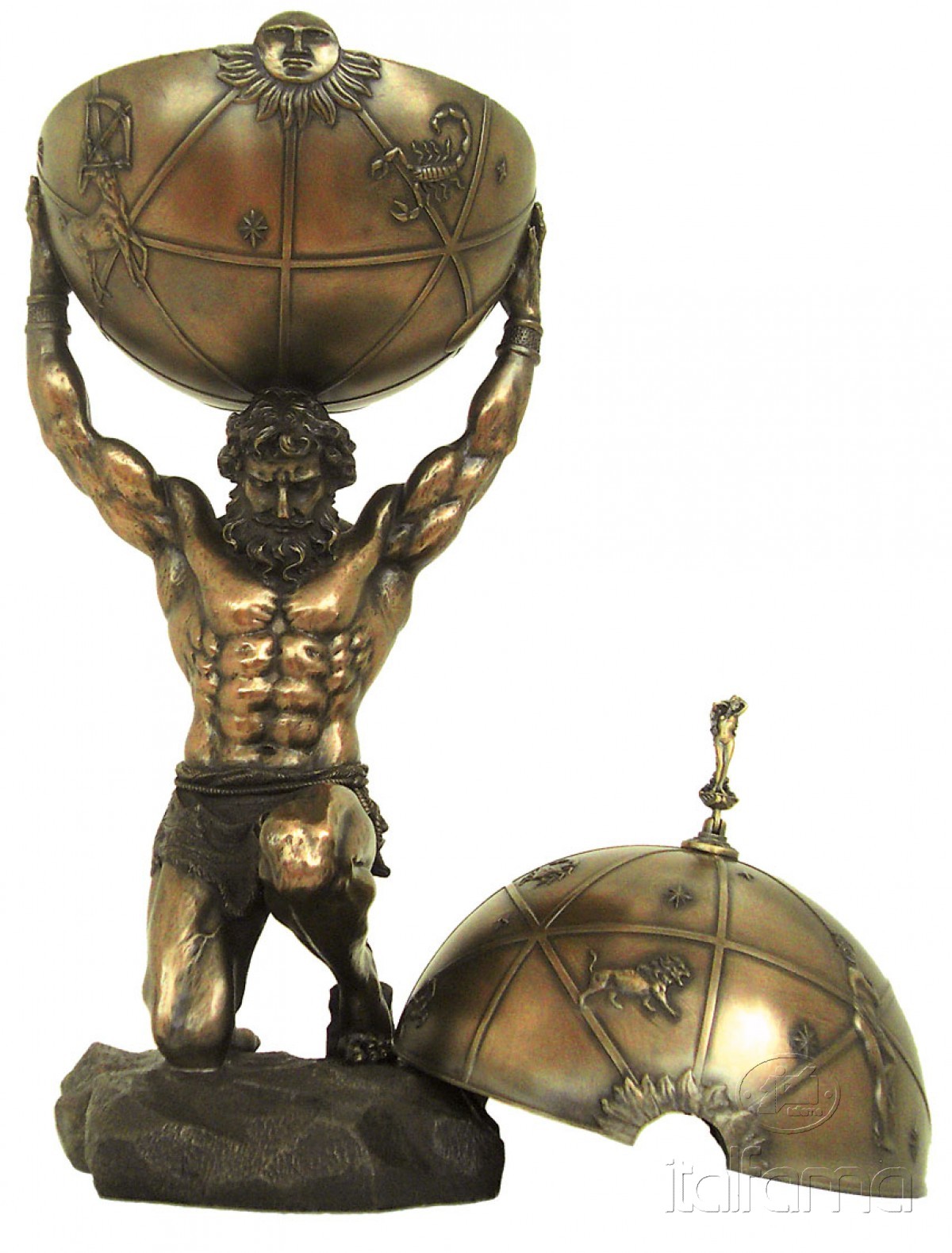 Bronzed Resin Statue finished by hand in each particular detail. Atlas was a legendary Titan, who led a battle of Titans against Zeus, which lasted for ten years. Eventually Atlas was defeated and was forced to hold up the heavens as a punishment. Hercules needed to get the golden apples from Atlas' daughters, the Pleiades and asked for help. Atlas had Hercules hold up the heavens while he look for his daughters. As Atlas returned, he didn't want to hold up the sky again. Hercules tricked Atlas into taking the sky back by asking Atlas to hold it while he shifted the load. In Roman mythology, Atlas had Medusa's head in a sack. Atlas pulled it out and looked at it by accident, and he was turned to stone.