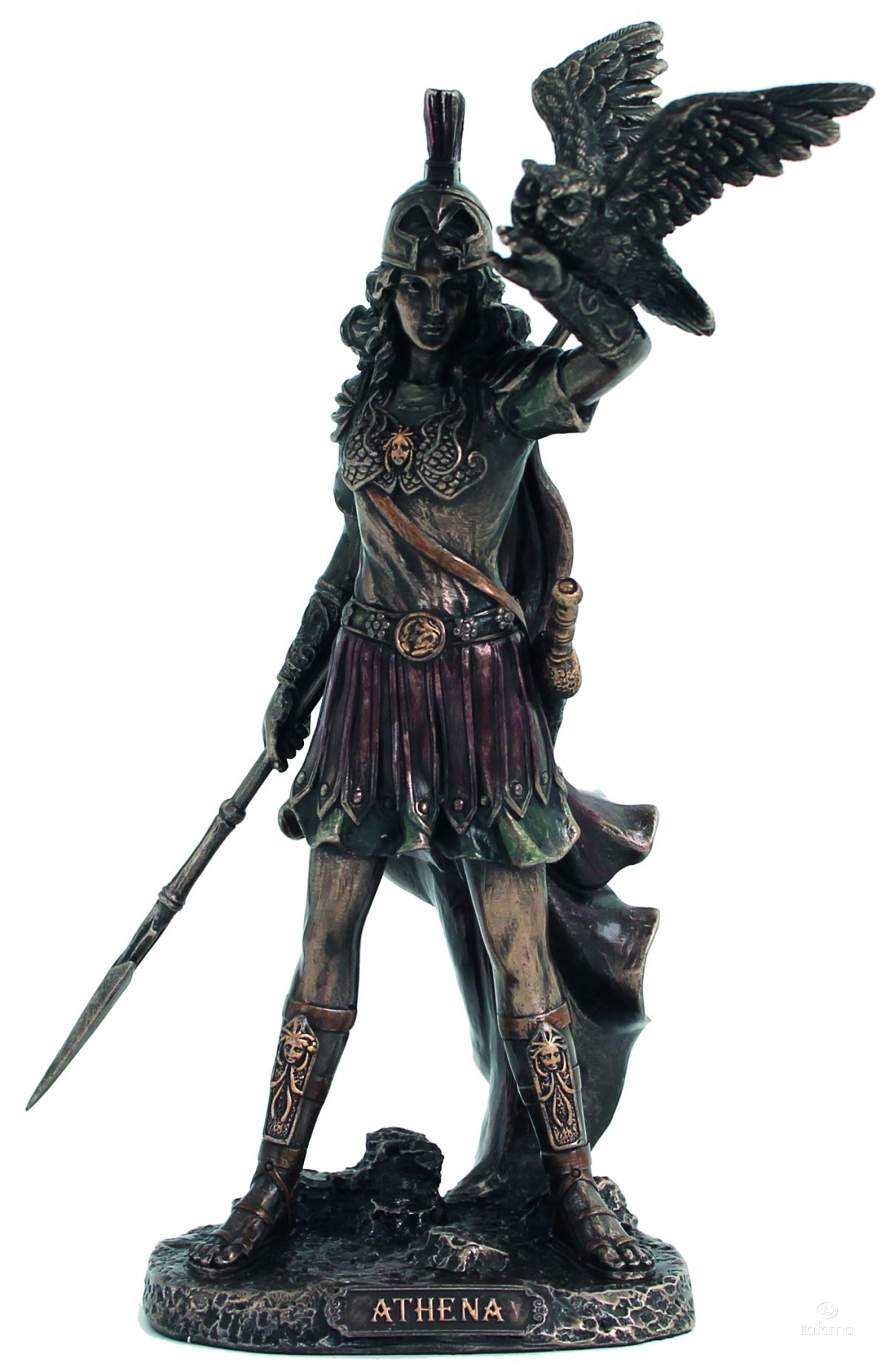 Bronzed Resin Statue finished by hand in each particular detail. In Greek religion and mythology, Athena also referred to as Pallas Athena, is the goddess of wisdom, courage, inspiration, civilization, law and justice, just warfare, mathematics, strength, strategy, the arts, crafts, and skill. Minerva, Athena's Roman incarnation, embodies similar attributes. Athena is also a shrewd companion of heroes and is the goddess of heroic endeavor. She is the virgin patron of Athens. The Athenians built the Parthenon on the Acropolis of her namesake city, Athens (Athena Parthenos), in her honor.