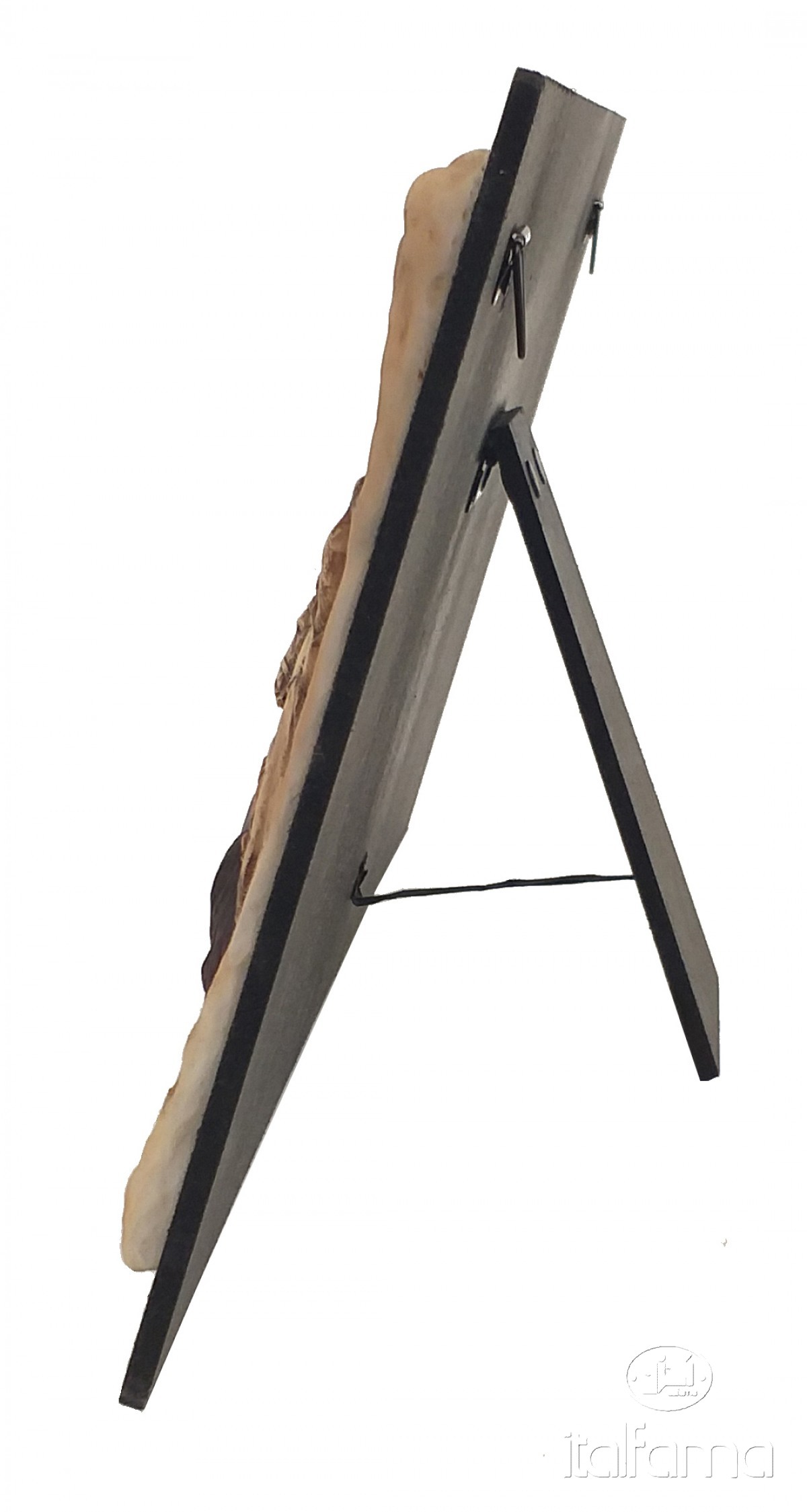 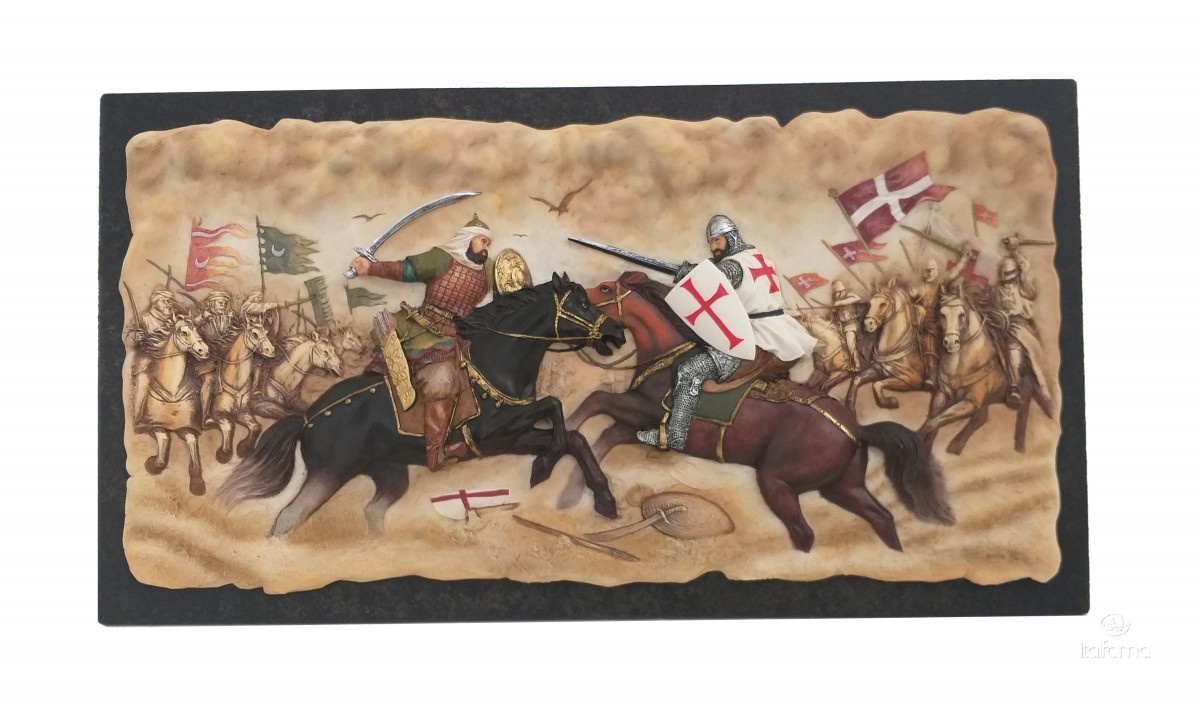 Painted Resin Statue finished by hand in each particular detail. This plaque represents the famous Battle of Hattin, which took place on July 4th 1187 between the Crusaders of the south-west of Asia and the Saracen army of sultan Saladin. The Muslim soldiers defeated the major part of the Crusaders, and as a result of this defeat, the Saracen military power became prominent in the Holy Land, conquering Jerusalem and other famous cities previously headed by the crusaders.