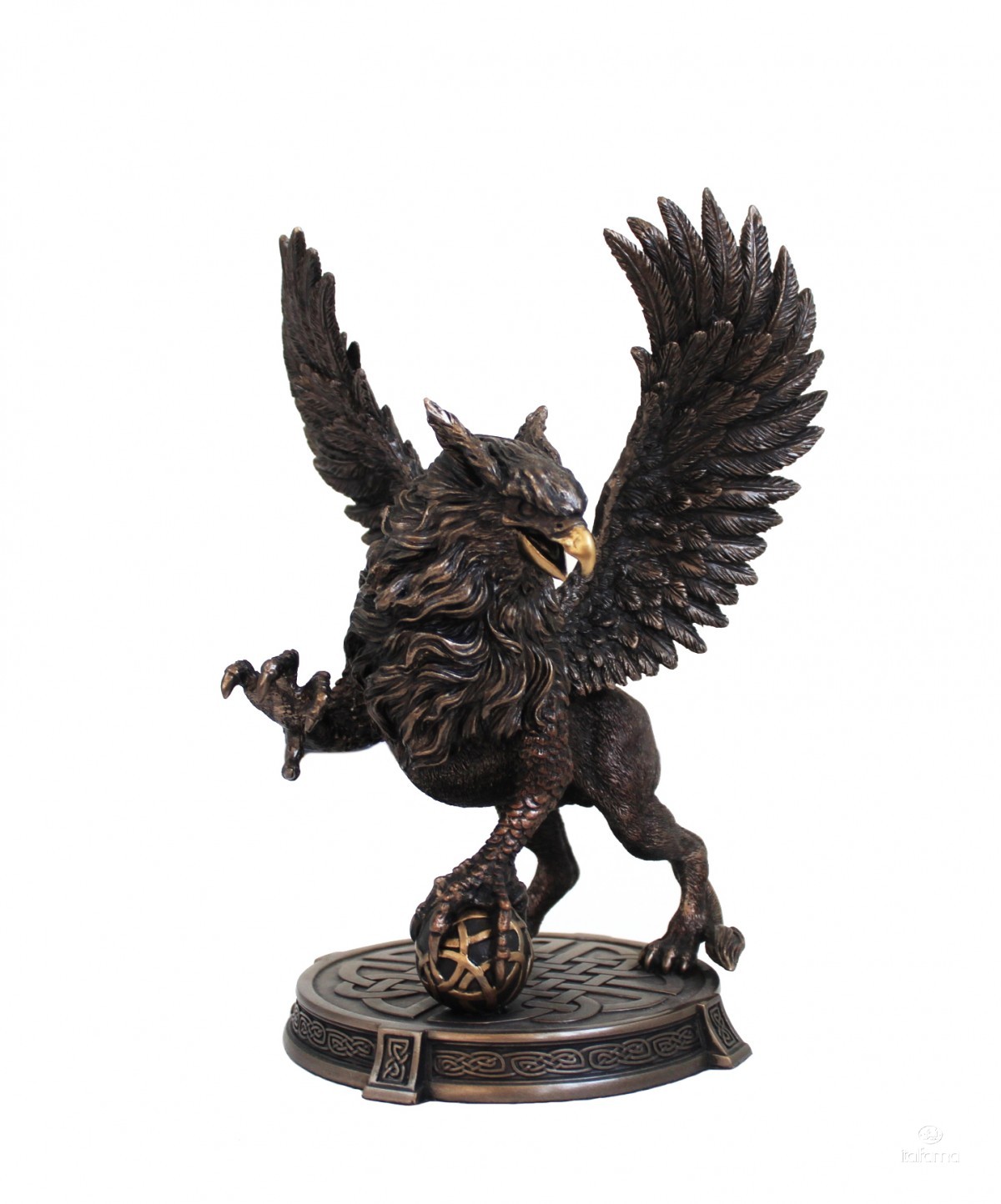 Bronzed Resin Statue, hand finished in each particular detail. The Griffin is a creature from greek mythology, with the body of a lion and the head and legs of an eagle. It was often associated with the cult of the Sun, as a supporter of Apollo, finding its definitive place in the work "The Stories" by Herodotus and "The Story of Persia" by Ctesia of Cnidus. Later, the figure of the Griffin was also used in medieval Christianity (as a symbol of the dual nature of Christ) and in the literary world (the famous Griffin driving the chariot that pulls Dante and Virgil in Purgatory), until today where it is now widespread in fantasy literature.