POSEIDON - GOD OF THE SEA 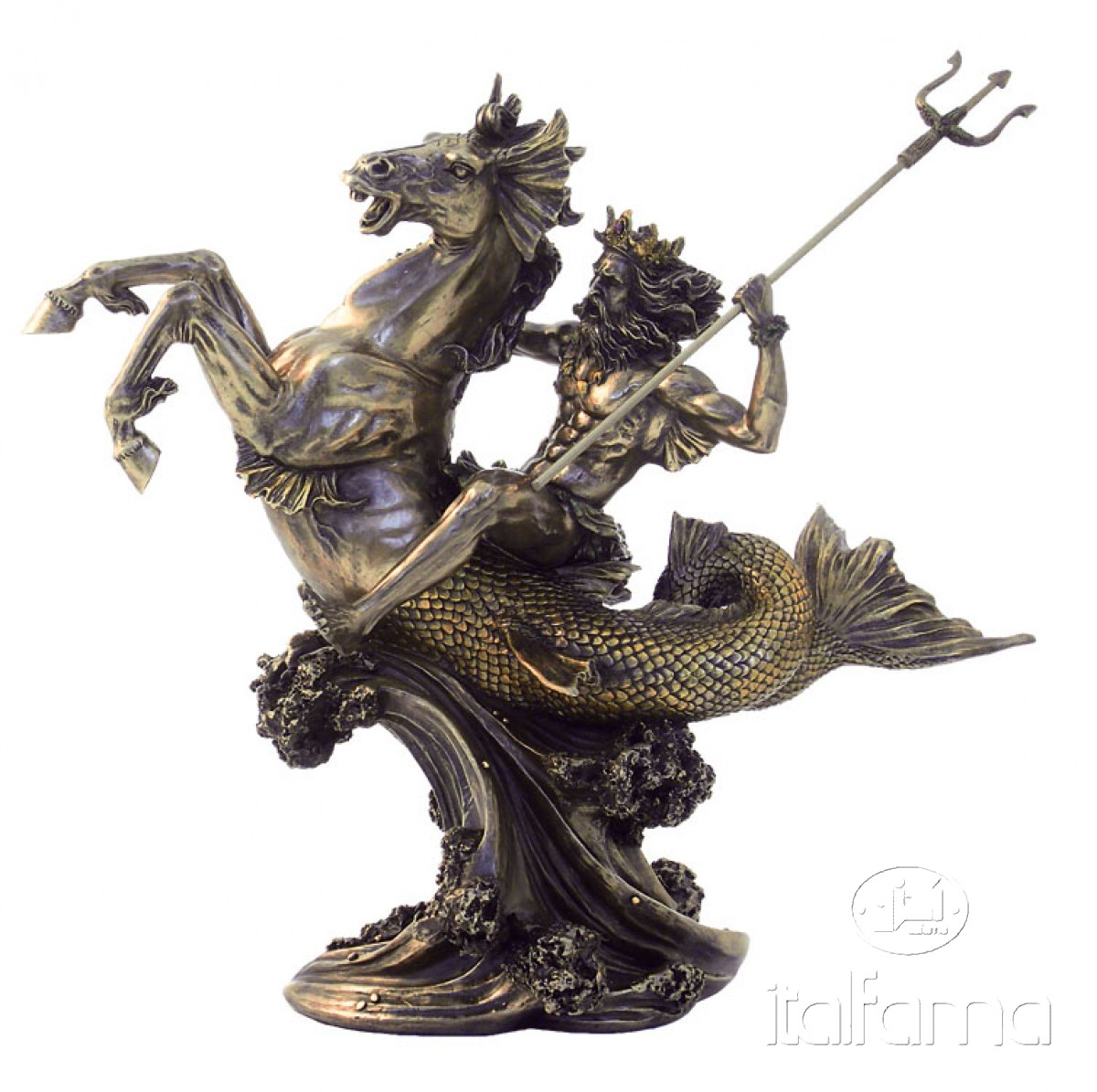 POSEIDON - GOD OF THE SEA

Bronzed Resin Statue finished by hand in each particular detail. Zeus shared the universe with Poseidon and Hades after Zeus overthrew Cronus, their father. Poseidon gained and ruled the sea as god of the sea and earthquakes with a sharp trident as his weapon. Although he had the reputation for having a violent temper, he created many animals including the first horse to impress Demeter. Poseidon was the second powerful god after Zeus, and he was widely worshiped by seamen.