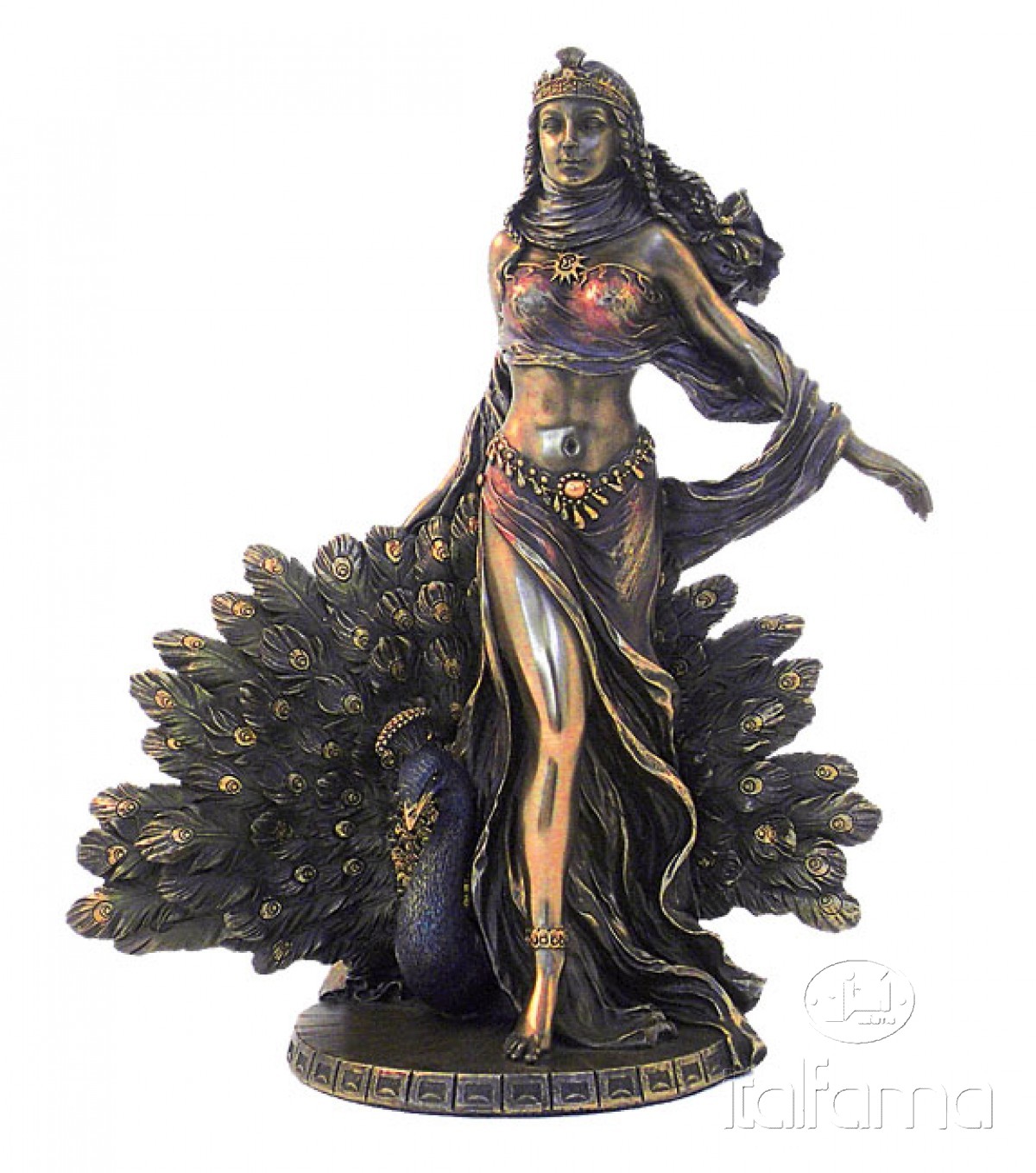 Bronzed Resin Statue finished by hand in each particular detail. Hera, the queen of the Olympian deities, was mainly worshipped as a goddess of marriage and birth. The peacock (symbol of pride) and the cow are her sacred animals. Hera was also the wife and sister of Zeus, and constantly jealous of Zeus's various amorous affairs, so she punished her rivals and their children, among both goddesses and mortals, with implacable fury. Hera also represents the power of women to stand for what they know is right, even in the face of societal disapproval and scorn. She is a symbol of the struggle for women's power and equality in a still predominantly patriarchal world.